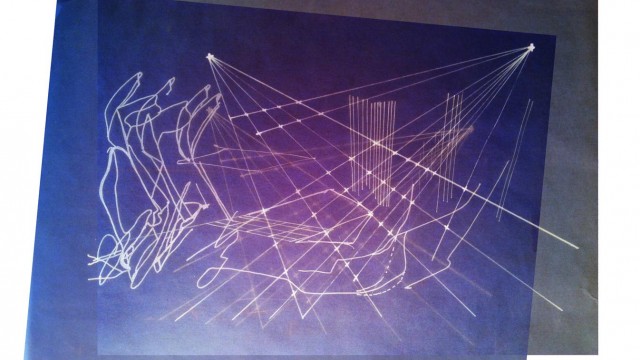 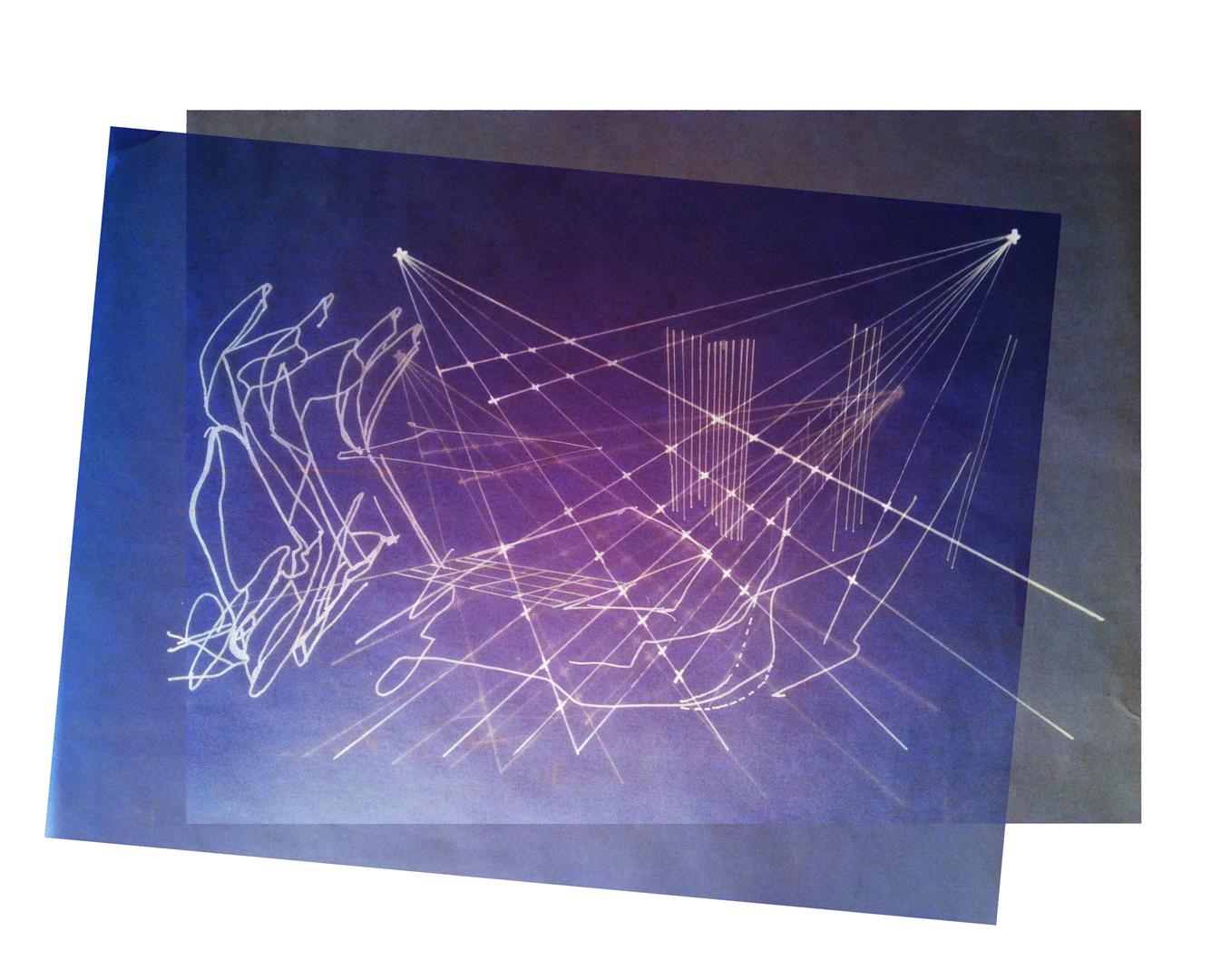 [Above] Shimmerings. Pen on trace, and lightbox overlay. 2012.

As Brian Massumi writes, “when the communicational medium ceases to be transparent and stands out in its materiality, information blends into perception.”[1] He posits:

Stable forms can be designed to interact dynamically, as bodies moves past or through them singly or in crowds, or as sounds mute or reverberate, or as relations of surface and volume change with the time of day or season, or as materials change state with levels of moisture or temperature, or as the connection between inside and outside varies as an overall effect of these variations in concert with the rhythms of activity pulsing the city or countryside as a whole. Forms can be composed to operate as catalysts for perceptual events returning experience to its confound. A building can harbor foci of implicative vagueness, lucid blurs, dark shimmerings, not-quite things half-glimpsed like the passing of a shadow on the periphery of vision.

He also poses the concept of dopplerings, which are traces of the virtual present in the effects of movement, effectively allowing us to see at a distance, with limitless virtual proximity. To push Massumi’s concept further, the concept of dopplering has the potential to situate itself in architecture in order not only to see at a distance, but to sense at a distance – sensory perception in its entirety, not limited by the five senses but an all encompassing sensation.

Throughout history, the eye has traditionally been privileged, with sight being the dominant sense followed by haptics and tactility. Through the sensorial revolution, perception will no longer be reliant on the visual but instead on the overlapping of multiple sensations and the constant folding over of edges of communication, in a type of synesthetic architecture. We see through touch, listen with our eyes, and smell with our ears. Here the myth of the traditional five senses is exposed in favor of the integrated use of the body’s perceptive abilities.

This calls for end of a dialectical opposition between the mind and body. In this system, the virtual becomes the actual, and through kinesthesia and proprioception, the user will find that the boundaries and interface are less defined through the skin, and more through the feedback loops that connect body and space. The potentiality is situated within slippages between computational matrix, urban growth, and physical matter.