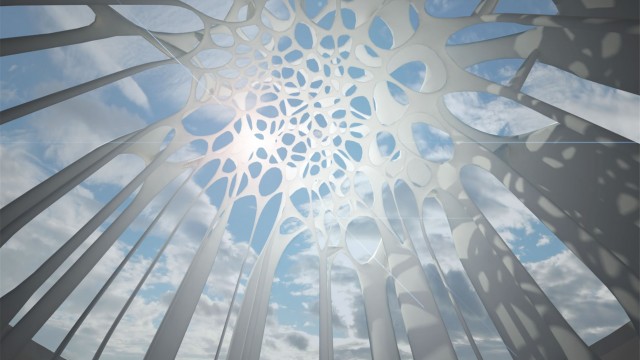 This project is an adaptive reuse of the existing church of SS. Pietro e Paolo in the EUR complex, built in 1939 during the period of Fascist Italy.  As a contemporary intervention, the intention is to dissolve and maintain its monumentality, bringing it down to human scale while creating a grand yet intimate space, with inversion, porosity, and multiplicity as the main concepts.  The proposal challenges the traditional way of consuming information, both by integrating the haptic, tactile qualities in the user’s experience, and by reinventing the stage-typology, allowing both religious and secular activities to occur.  One can draw from metaphorical correlations in religion as a conceptual starting point, to reinterpret materially and spatially, denoting to the user not so much a sacred meaning, but more-so the ethereal qualities of being in a series of spaces that are all linked in a grand scheme, but which each pose their own unique physical, visual, and haptic experiences. 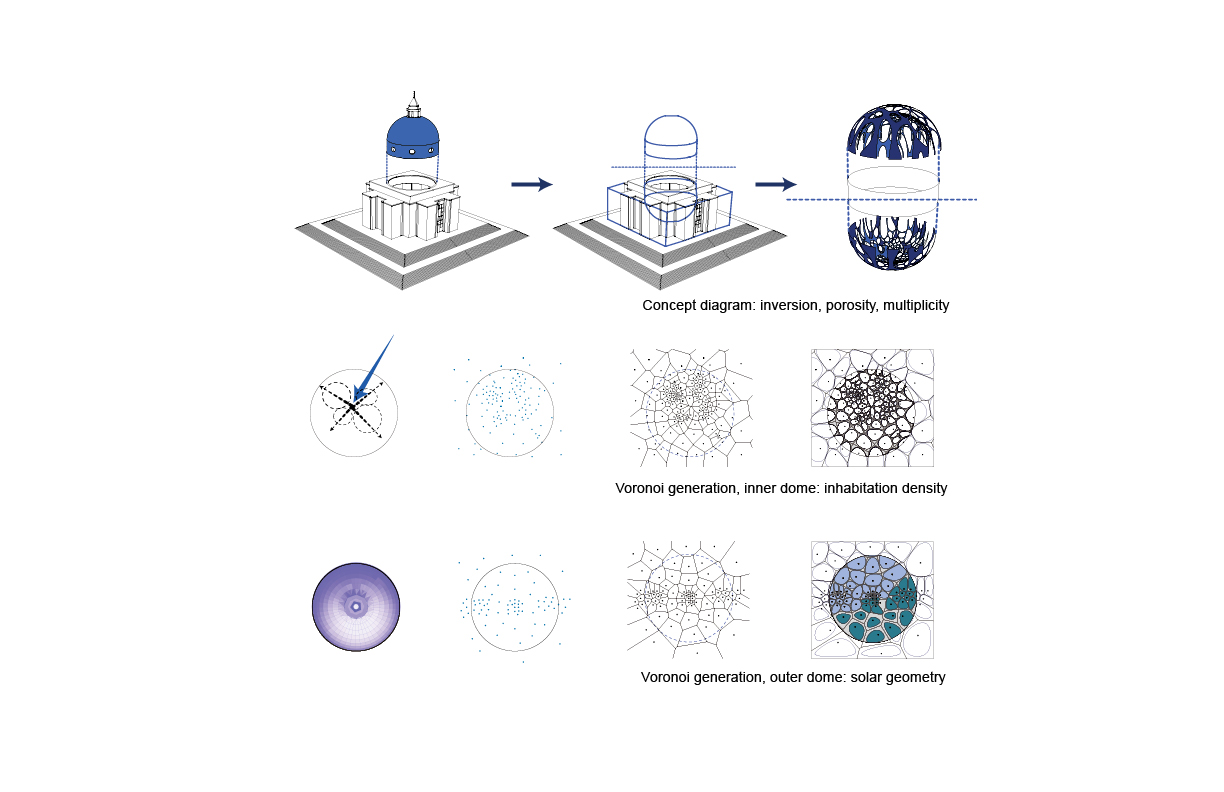